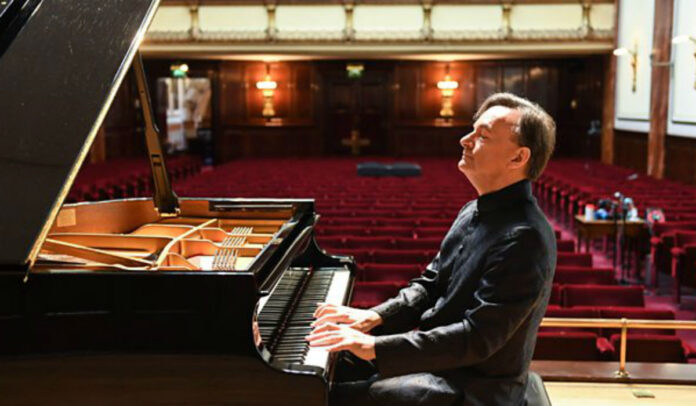 Radio stations across Europe will broadcast Lunchtime Concerts from BBC Radio 3 at Wigmore Hall to audiences across the continent.

Radio 3 shared the performance through the European Broadcasting Union in Sweden, Italy, Netherlands, Austria, Lithuania, Denmark, and Poland; which are some of the countries who will also witness the concerts across the run.

The recital on Wednesday 3 June will be given by guitarist Sean Shibe; with other artists including Hyeyoon Park, Benjamin Grosvenor, Adam Walker and Roderick Williams performing to a live radio audience for the first time since lockdown.

The recitals take place every weekday in June, without an audience present and in respect of social distancing measures.

They are part of the cross-platform BBC Culture In Quarantine initiative; bringing arts and culture to people’s homes during these uncertain times of isolation.

“We are thrilled that our friends across Europe are joining Radio 3 in celebrating the first glimpse of hope in a return to live music on our country’s stages”, Alan Davey, BBC Radio 3 and Classical Music Controller, said.

“The message of music – and the support it gives to audiences all over the world in these difficult times – deserves to be shared as widely as possible.”

“This series is meant to be a glimmer of hope for live music making; and part of the beginning of the return to the platform of some of the greatest triumphs of human creativity and imagination.

“Musicians and audiences long for live music making again. Bit by bit we will get there with our public back in better times.

“We are delighted that BBC Radio 3 has revived concert-giving at the Wigmore Hall, sharing the events across Europe.

Pianist Stephen Hough (pictured) said: “It was strange to look out from Wigmore Hall’s stage on Monday and see only empty seats.

“But then, I saw the BBC’s microphones, and Wigmore’s cameras on the wall, and I realised that thousands were joining us, from all parts of the globe: a huge family of music-lovers.

“In the few hours since the concert I’ve been utterly overwhelmed by hundreds of messages expressing total joy at the opportunity to hear live concerts again.”

All concerts will be available on BBC Sounds for 30 days.