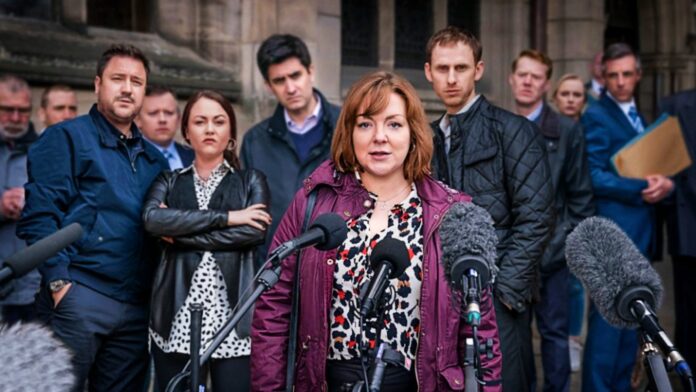 The BBC has confirmed that Four Lives, which tells the shocking true story of four men murdered in London, will air over three consecutive nights from 9pm on Monday 3 January on BBC One, with all episodes on BBC iPlayer from the same time.

A tense trailer and picture for the new drama were also released today.

From Jeff Pope and Neil McKay, the award-winning team behind The Moorside and Appropriate Adult, the new factual drama will go beneath the headlines to shed new light on this story by telling it from the point of view of the families and friends of the four young men – Anthony Walgate, Gabriel Kovari, Daniel Whitworth and Jack Taylor – who were murdered by Stephen Port.

Four Lives focuses on the fight to uncover the truth about what had happened to their lost sons, brothers and loved ones in the face of a now widely condemned police investigation.

The three-part series will begin at 9pm on Monday 3 January on BBC One, continuing at the same time on Tuesday 4 January and Wednesday 5 January.

All three episodes will be available on BBC iPlayer from 9pm on Monday 3 January.

Written by Neil McKay, Four Lives (3×60’) is directed by David Blair, produced by Serena Cullen and executive produced by Jeff Pope for ITV Studios, Neil McKay and Lucy Richer for the BBC.

It is a co-production with BritBox North America, where it will premiere in the US and Canada, and is distributed internationally by ITV Studios.