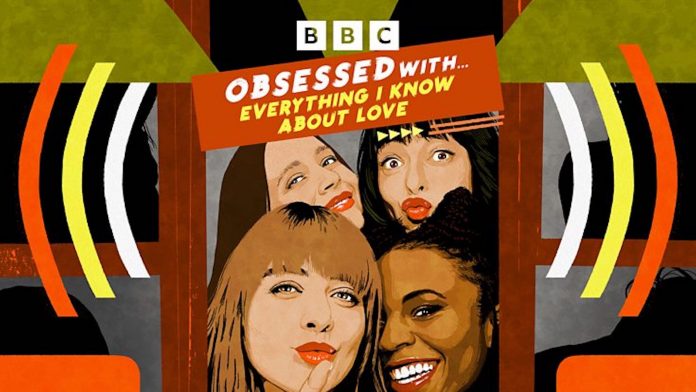 Sophie Duker and Olga Koch are the hosts of Obsessed With… Everything I Know About Love, the companion podcast for BBC One and BBC iPlayer’s adaptation of Dolly Alderton’s bestselling memoir.

Everything I Know About Love

As Maggie, Birdy, Amara and Nell begin their whirlwind London lives, Sophie and Olga will be watching through the lens of all the glittering chaos that comes with that first move to the big city, and a healthy side of nostalgia.

Joined by well-known fans and members of the cast and crew – including Dolly herself – each week they will relive their own mortifying moments while dissecting the girls’ stories and dreams, with a sprinkling of bodycon and the peak indie sleaze magic of 2012.

Sophie and Olga said: “Everything I Know About Love is about so much. It’s about friendships, relationships, growing up and being a millennial.

“This podcast is about the show, but so much more. We talk about our own experiences in our early 20s, because we are Obsessed With… Everything I Know About Love.”

The podcast is available weekly from 7 June on BBC Sounds, straight after each television episode airs on Tuesdays at 10.40pm on BBC One.

The producers are Laura Hyde and Rosie Stopher, the executive producer is Ruth Barnes, and mixed by Matt Nielson.

Obsessed With… Everything I Know About Love is a Chalk & Blade production for BBC Sounds.

The first episode of the BBC series aired on 18 May and has already received rave reviews.