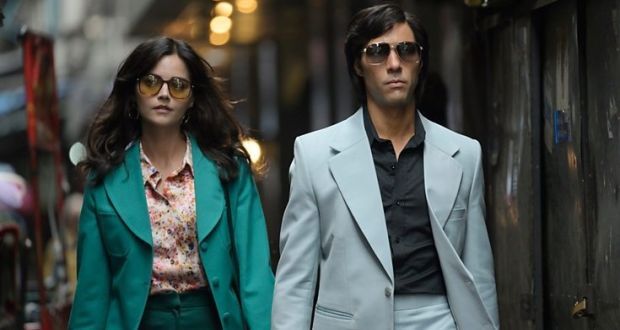 The start of 2021 has seen viewing surge on the BBC’s iPlayer streaming service, with the first full week of January breaking records as viewers streamed 162 million programmes.

Top performers on the service were programmes like The Serpent, A Perfect Planet, Traces and EastEnders.

The same week also saw a record 4.1 million people aged under-35 signed into their BBC account to watch BBC iPlayer – with Pretty Little Liars, The FA Cup, A Teacher, The Serpent and A Perfect Planet proving popular with them.

This follows a record-breaking 2020 on BBC iPlayer – which saw:

“More people than ever are using BBC iPlayer and they are using it more often, with a staggering 5.8 billion streams in 2020”, Dan McGolpin, controller of BBC iPlayer, said.

“They are finding more boxsets to choose from, a growing Ultra HD offer and a brand-new kids experience for our youngest viewers.

“The BBC iPlayer experience will keep getting better whatever your age and wherever you’re based, and we are already seeing 2021 breaking new records with viewers flocking to The Serpent, A Perfect Planet, the FA Cup and many more.”

BBC iPlayer’s growth in 2020 was accelerated by an expanded catalogue of drama, comedy, and documentary box sets and longer availability for many films.

Normal People was the biggest box set of the year, with the romantic drama getting 63.7 million streams on iPlayer across 2020.

The series led a number of strong performances for new dramas, including Sydney-based series The Secrets She Keeps; Mike Bartlett’s Life, which followed the lives of four families in Manchester; Michaela Coel’s extraordinary I May Destroy You; and spectacular Scottish-set thriller The Nest.

Entertainment shows like MasterChef and Strictly Come Dancing also continued to prove popular with audiences, as the third and fourth most popular series of the year.

This Country was the biggest comedy of the year, as Kerry and Kurtan took a final bow on their Cotswold-based adventures with the third and final series, while the first series of the show also made it into the top 20 series boxsets.

And audiences still can’t get enough of Barry’s most famous couple Gavin and Stacey, as the first two series of the classic comedy also made the top 20.