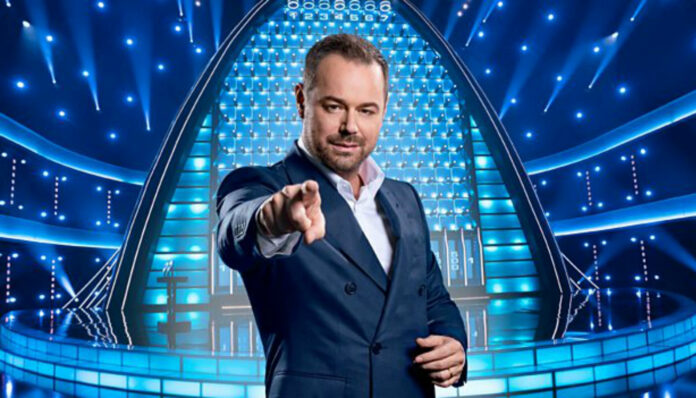 BBC One and Remarkable Television, part of Endemol Shine UK, have announced that Saturday night entertainment show, The Wall, will be returning to BBC One for a second series, following a successful first run.

Series one concluded last Saturday night (16 November) and all six episodes are available to watch on BBC iPlayer.

Hosted by EastEnders star Danny Dyer and voiced by TV legend Angela Rippon, The Wall is the ultimate combination of strategy, knowledge and luck.

The Wall, an original format created by SpringHill Entertainment and Andrew Glassman’s Glassman Media in collaboration with Universal Television Alternative Studio, was first shown in the USA on NBC in 2016.

The most travelled format of 2017 and 2018, The Wall is an international hit and has sold to 28 territories around the globe, the BBC said.

“I can’t believe we’re doing another series of The Wall”, said Dyer. “I can’t wait to get stuck back in and meet these new contestants and hopefully make them very rich. Drop ’em!”

Angela Rippon said: “I am so looking forward to another series being ‘the voice’ of The Wall.

“What a great opportunity for even more viewers to take on the challenge of The Wall and potentiality win life changing sums of money.”

Kate Phillips, Controller of Entertainment Commissioning at BBC, said: “I know Danny and Angela had an absolute ball making series one of The Wall and it’s great to see how much BBC One viewers have enjoyed the ride.

“This wildly unpredictable format, or ‘nutty old show’ as Danny would say, has quickly become a Saturday night favourite for all ages, and I’m looking forward to more big drops, big shocks and big decisions in series two.”

Richard Hague, Creative Director at Remarkable Television, said: “A healthy dose of Danny, Angela and the infamous balls is the perfect tonic for where we are today in the world.

“Danny has proven himself a truly unique host bringing a breath of fresh air to our Saturday night TV viewing. Bring on series two and let’s hope more contestants walk off cake-o bake-o.”

Think you’ve got what it takes to beat The Wall? To be in with a chance of winning a life changing amount of money the BBC is looking for new contestants to take part in series two.

Due to return to BBC One in 2020, The Wall has been commissioned by Charlotte Moore, Director BBC Content and Kate Phillips, Controller, Entertainment.

The Commissioning Editor for the BBC is Rachel Ashdown. The Executive Producer for Remarkable is Richard Hague. The Series Producer is Stephen Lovelock.