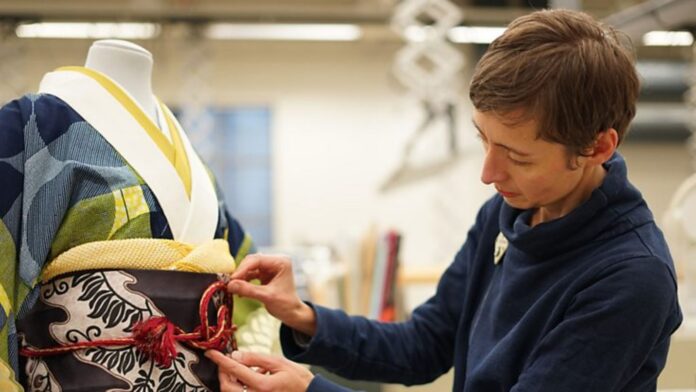 BBC Arts has announced that popular series Secrets Of The Museum, has been commissioned for a second series

The broadcaster said it was renewed following the fantastic response to the first series shown last year, by Blast! Films for BBC Two.

At a time of national lockdown, when the doors to museums are shut, BBC audiences are once again invited into a hidden world: behind the scenes at the world famous museum of art, design and performance, the V&A, the BBC said in a press statement.

The series forms part of the BBC’s Culture In Quarantine initiative, bringing arts and culture into the homes of the nation under lockdown.

Home to over 2.3 million objects that span over 5,000 years of human ingenuity, the V&A’s collection spans fashion to photography, sculpture to ceramics, architecture to theatre and performance.

Secrets Of The Museum 2

Series two of Secrets Of The Museum will reveal more of the objects and their fascinating stories, as well as some hidden gems not on display.

The series will follow the work of the curators, conservators and technicians, whose job is to preserve and care for priceless objects on behalf of us all.

Accompanying the V&A’s specialist teams, Secrets Of The Museum will reveal the tricks of their trade: the painstaking craftsmanship and expertise involved in conserving, cleaning, loaning, acquiring and displaying some of the museum’s 2.3 million amazing objects.

From Michelangelo’s wax models and Constable’s sketches, to Winston Churchill’s despatch box and Vivien Leigh’s attaché case, from costumes from Shirley Bassey, Slade and the National Theatre’s production of Follies, to a 350 year-old doll’s house and contemporary pieces from designers Molly Goddard and JW Anderson, the staff of the V&A handle it all.

Every object tells a story and each programme will follow the V&A’s experts at work. Many of these objects are fragile, and most are extremely rare, presenting new conservation challenges at every turn.

Told through the day-to-day lives of the V&A’s dedicated and world-class team, the hidden history of each object will be uncovered – from how it was made and why it matters, to the important job of the museum to keep these stories alive for future generations.

“Secrets Of The Museum offers audiences the opportunity to explore the V&A, one of the world’s landmark museums of art, design and performance, at a time when sadly the doors are closed to the public”, Emma Cahusac, Commissioner for BBC Arts, said.

“As we begin the year under lockdown I am proud that Culture In Quarantine continues to give our viewers access to culture, with this new series of Secrets Of The Museum revealing more about the objects and the people who care for them.”

Tristram Hunt, Director of the V&A, said: “At a time of renewed lockdown and enforced separation from our great cultural centres, we are even more delighted to invite audiences back for another behind-the-scenes look at the V&A.

“Though the museum remains closed, Secrets Of The Museum continues to uncover untold stories from our dedicated teams and the fascinating objects stored within one of the nation’s best-loved museums.

“The V&A is very proud to be part of the BBC’s Culture In Quarantine initiative and our shared determination to share the people’s collections.”

Alistair Pegg, Director of Programmes, Blast! Films, said: “Despite the lockdowns over the last year, work behind the scenes at the V&A has continued unabated, and we’re delighted to be going back to the museum to uncover more hidden stories of fantastic objects.”

Secrets Of The Museum series two will feature six one-hour long episodes. It was commissioned by Emma Cahusac for BBC Arts and BBC Two.