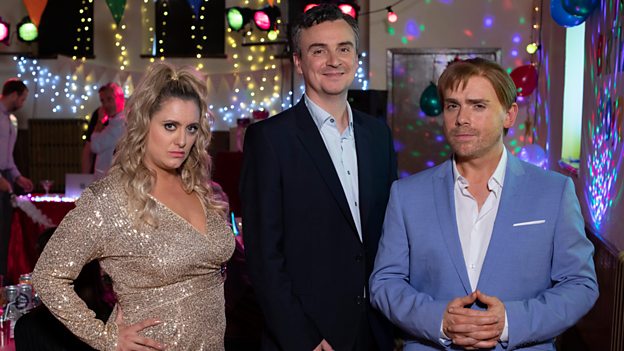 BBC Scotland is set to unleash a trio of new comedies in the New Year, which it says will showcase a mix of new and established talent.

The Scotts (Main photo), Group and the Daly Grind are the three shows which have been produced in partnership with Screen Scotland to develop and deliver new comedy for Scottish audiences.

Airing on BBC One Scotland in early 2020, the three 30-minute comedies are uniquely different with all of them offering development opportunities for both writing and acting talent, the broadcaster said.

They have been made by The Comedy Unit, BBC Studios and Pirate Productions and commissioned by Gavin Smith Commissioning Executive Comedy, Drama and Entertainment for BBC Scotland who will also be the BBC executive producer.

In addition to these three new comedies, criminally funny and award-winning Scot Squad mockumentary comedy series will return for five new episodes in 2020.

“It’s exciting to be working with Screen Scotland and able to announce a new slate of comedies featuring a range of new and established talent in front and behind the camera”, said Gavin Smith, BBC Scotland.

“Family and relationships are at the heart of all three shows and each taps in to the stressful side of modern Scottish life in their own unique way.

“We hope audiences love the new comedy characters coming through on BBC Scotland.”

“This is just one of the ways Screen Scotland is working with BBC Scotland through our MOU partnership to strengthen the range of content being commissioned in Scotland and to increase representation and opportunities for Scottish talent.”