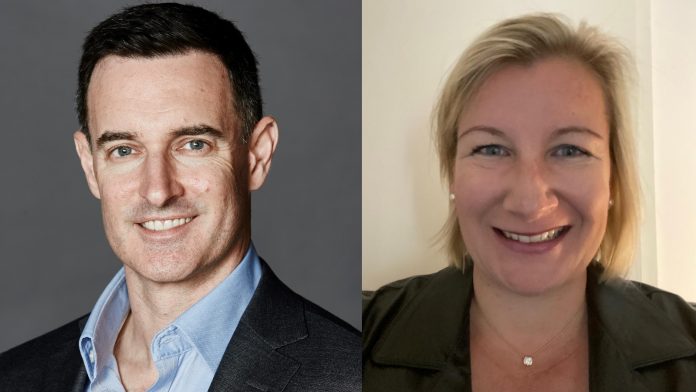 Christiane Freund will be responsible for the People and Culture Strategy for Bauer Media Audio across Europe.

She will lead the Audio HR team in each of Bauer Media Audio’s nine territories and partner with the business to support its ambition to become a global audio pioneer.

Freund joins Bauer Media Audio from LVMH Group where she oversaw the transformation of the business across the EMEA regions.

She also implemented global projects including the delivery of learning and development, enhanced performance management review processes and diversity and inclusion programmes.

Previously she worked at RTL Group in Luxembourg as Vice President of Human Resources.

Adrian Goss, General Counsel, Bauer Media Audio & Publishing UK will be responsible for the strategic direction and the centre of excellence for legal in Bauer Media Audio’s operations across its markets, as well as providing counsel on the issues that impact the business.

He will lead the Audio legal team across Europe, as well as providing services to both Bauer Media Audio and Bauer Media Publishing in the UK.

Goss joins the business from Are Media in Sydney, Australia’s largest magazine and digital publisher – which Bauer sold its publishing interests to, with Adrian working for the business under Bauer ownership.

Goss was previously legal counsel for listed Australian film and television production and distribution company, Beyond International and, prior to that, worked in law firms in Australia and the United States.

He brings to the business significant regulatory, advocacy and compliance experience. He also maintains expertise in delivering training programs in relation to competition, consumer, privacy and defamation law issues.

Speaking about the appointments, Richard Dawkins, President of Audio commented “Christiane and Adrian bring a wealth of experience and excellence to the audio business, combined with the passion that will support the transformation of our business to be a global audio pioneer”.

Freund joins the business on 1 September and Goss on 1 August.