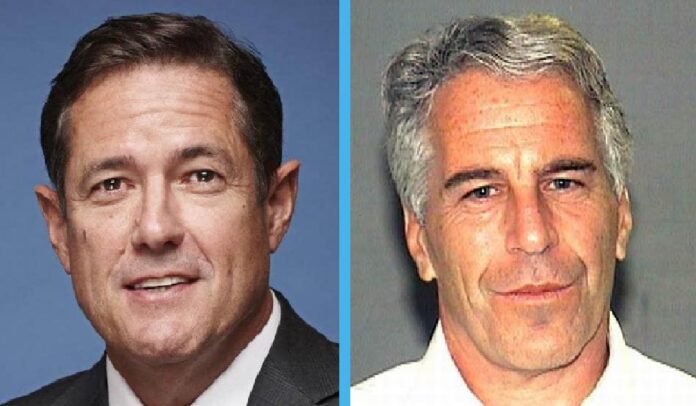 UK bank brand Barclays’ full year results have been overshadowed by an investigation into CEO Jes Staley and his links to convicted sex offender Jeffrey Epstein.

The last thing any brand wants is its CEO being the big story of the day. However the Board of Barclays said it was unanimously behind Staley, and that it is satisfied the controversial boss has been transparent with them.

In a stock market statement today, Barclays said that in deciding whether to recommend Staley for re-election, the Board has carried out its usual formal and rigorous performance assessment, which it does in respect of the effectiveness of each of the Directors.

“As part of its determination in respect of Mr. Staley, the Board has had regard to media reports in the past 6 months that have highlighted historical links between Mr. Staley and Jeffrey Epstein.”

“As has been widely reported, earlier in his career Mr. Staley developed a professional relationship with Mr. Epstein.

“In the summer of 2019, in light of the renewed media interest in the relationship, Mr. Staley volunteered and gave to certain executives, and the Chairman, an explanation of his relationship with Mr. Epstein.

It’s worth noting that this was four years after Staley took up the Barclays job. Epstein was first convicted of sex offences in 2008.

“Mr. Staley also confirmed to the Board that he has had no contact whatsoever with Mr. Epstein at any time since taking up his role as Barclays Group CEO in December 2015.”

Despite this, Barclays’ Board said: “Mr. Staley retains the full confidence of the Board, and is being unanimously recommended for re-election at the Annual General Meeting.”

UK regulator the Financial Conduct Authority and the Prudential Regulation Authority have commenced an investigation, which is ongoing, into Staley’s characterisation to the company of his relationship with Epstein and the subsequent description of that relationship in the Company’s response to the FCA.

Staley’s tenure as CEO of Barclays has been mired in controversy. Two years he was fined a staggering £650,000 for trying to unmask a whistleblower at bank in 2016.

Staley’s links to a convicted sex offender and his transparency about it have overshadowed the bank’s full year results.

Investors, though, are rightfully wary of anything connected the now toxic name of Epstein and the investigation has dragged the shares down 1.87% to £1.76.

The question facing the FCA now is can it honestly approve Jes Staley as fit and proper to hold such high office at the bank under its own FIT 1.3 Assessing fitness and propriety rules?

Does a CEO who’s already been find over their conduct towards whistleblowing and now links to sex-offenders count as fit and proper?