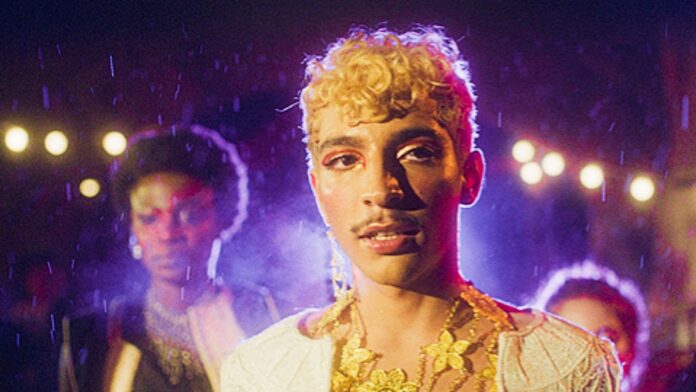 Baba, directed by Sam Arbor and Adam Ali, has been announced the winner of the Iris Prize 2021, Cardiff’s International LGBT+ Short Film Prize, sponsored by The Michael Bishop Foundation.

In addition, Baba has also won the Best British Award, supported by Film4 and Pinewood Studios.

The £30,000 prize enables Arbor and Ali to make a new short film in Wales, becoming the thirteenth Iris production.

This is only the second time in the festival’s 15-year history that a film has won both categories.

The winner receives an exclusive screening of their film in the deluxe John Barry Theatre at Pinewood Studios complete with red carpet, and a welcome reception with drinks and canapes sponsored by Pinewood Studios Group.

The winners of all Awards categories were announced at a special awards ceremony on Saturday night marking the successful end to the festival’s return to being an in person event.

Among those attending were international directors David Färdmar and Peeter Rebane, actor Tom Prior and a surprise appearance from US filmmaker Cheryl Dunye, who’s been directing episodes of Bridgerton.

Rasheed Bailey, Chair of the Iris Prize jury, said of Baba: “A skilfully constructed film that speaks to oppression, acceptance and the strength of community.

“The direction is impressive, coherent and offers moments of self-reflection whilst transmitting courageousness and pride in one’s identity.

“The issues explored are systemic issues that affect countless others, but the story is portrayed in a hopeful way which encourages a call to action to continue the fight for equality”.

“Baba also appeals to a wide audience, due to its many ingredients – such as beautiful visuals, humour, warmth, and moments of real tension and adventure.”

Tim Highsted, Chair of the Best British jury said: “Baba is a visually striking piece of cinema that transported me into a very real reality for people with a brilliant twist.”

God’s Daughter Dances, directed by Sungbin Byun. Of this film, the jury said: “An intense and moving piece that highlights an important issue in regards to Gender equality. The main character portrays unrivalled bravery in the face of adversity, coupled with a compelling storyline and an alluring colour pallet.”

We Will Become Better – Sansara, directed by Andzej Gavriss. Of this film the jury said: “With uncompromising, magical aesthetics and an intricate structure, this creative approach to filmmaking acts as a celebration for equality. This film reminds us about the need to connect with others despite distance and circumstances.”

The two highly commended films are Cwch Deilen, directed by Efa Blosse-Mason. Of this film the jury said: “A magical, imaginative and touching animation with gorgeously drawn imagery.”

And Pop, directed and written by Margo Roe. Of this film, the jury said: “Beautifully made with complex performances in a world familiar from some of the finest British independent cinema of the last few decades, but taking it to unique places. The ending will stay with you long after the credits have rolled.”

Senan Kara, playing a mother under emotional siege in Leyla Yilmaz’s Not Knowing, won Best Performance in a Female Role in a feature film sponsored by DIVA Magazine.

Iris On The Move, the touring outreach initiative of Iris Prize, begins in January 2022 offering special screenings and workshops across the UK, including London, Manchester, Brighton and Glasgow.