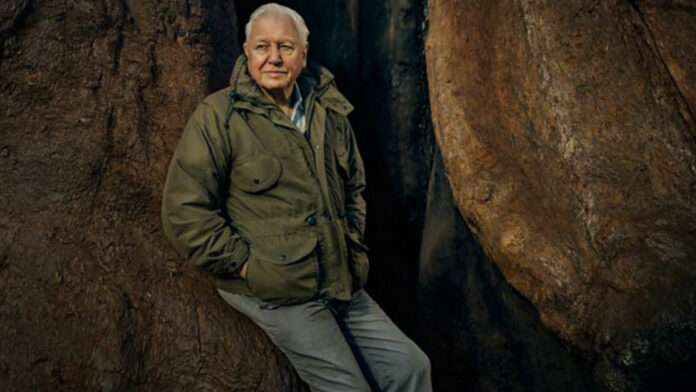 BBC One has confirmed that veteran natural world broadcaster, Sir David Attenborough, is to present The Green Planet, a new series that will reveals the plant world in incredible detail, never seen before.

The five part landmark series from BBC Studios’ Natural History Unit, will be the first immersive portrayal of an unseen, inter-connected world, full of remarkable new behaviour, emotional stories and surprising heroes in the plant world.

This, the broadcaster said, is “Planet Earth from the perspective of plants”.

“This is a wonderful opportunity to explore a neglected yet truly remarkable part of the natural world”, said 93 year-old Attenborough.

“Once again, the innovative approach of the BBC NHU and groundbreaking technology will reveal new and surprising wonders to the BBC One audience.”

Mike Gunton, Executive Producer, said: “This series will take viewers into a world beyond their imagination – see things no eye has ever seen.

“The world of plants is a mind-blowing parallel universe; one that we can now bring to life using a whole range of exciting new camera technology. This is Planet Earth for plants!”

Across the series, Attenborough will travel to the USA, Costa Rica, Croatia and northern Europe, from deserts to mountains, from rainforests to the frozen north, to find new stories and a fresh understanding of how plants live their lives.

He will meet the largest living things that have ever existed; trees that care for each other; and plants that breed so fast they could cover the planet in a matter of months.

He will find time-travellers – seeds that can outlive civilisations, and plants that remain unchanged for decades.

He will examine our relationship with plants, past, present and future, and reveal how all animal life, ourselves included, is totally dependent on plants.

Using brand new technological advances and over two decades of new discoveries, we take the viewer on a journey into a magical world.

We discover that plants are as aggressive, competitive and dramatic as animals – locked in desperate battles for food, for light, to reproduce and to scatter their young.

They are social – they communicate with each other, they care for their young, they help their weak and injured. They can plan, they can count, they can remember.

Plants are the stars of this series but there will also be box-office animals – plants are the arch-manipulators of the natural world.

They bend the actions and lives of animals, including ourselves, to their own ends.

We will use new developments in robotics, moving time-lapse, super-detail thermal cameras, deep focus ‘frame-stacking’ and ultra-high-speed to travel beyond the power of the human eye and make visible the amazing, hidden life of the green planet.

The Green Planet (w/t) a 5×60’ series for BBC One and PBS, is made by BBC Studios Natural History Unit.

The Executive Producer is Mike Gunton. It was commissioned by Charlotte Moore, Director, BBC Content.

For PBS the series is overseen by Bill Gardner, Vice President, Programming and Development.

It was co-produced by ZDF and The Open University.