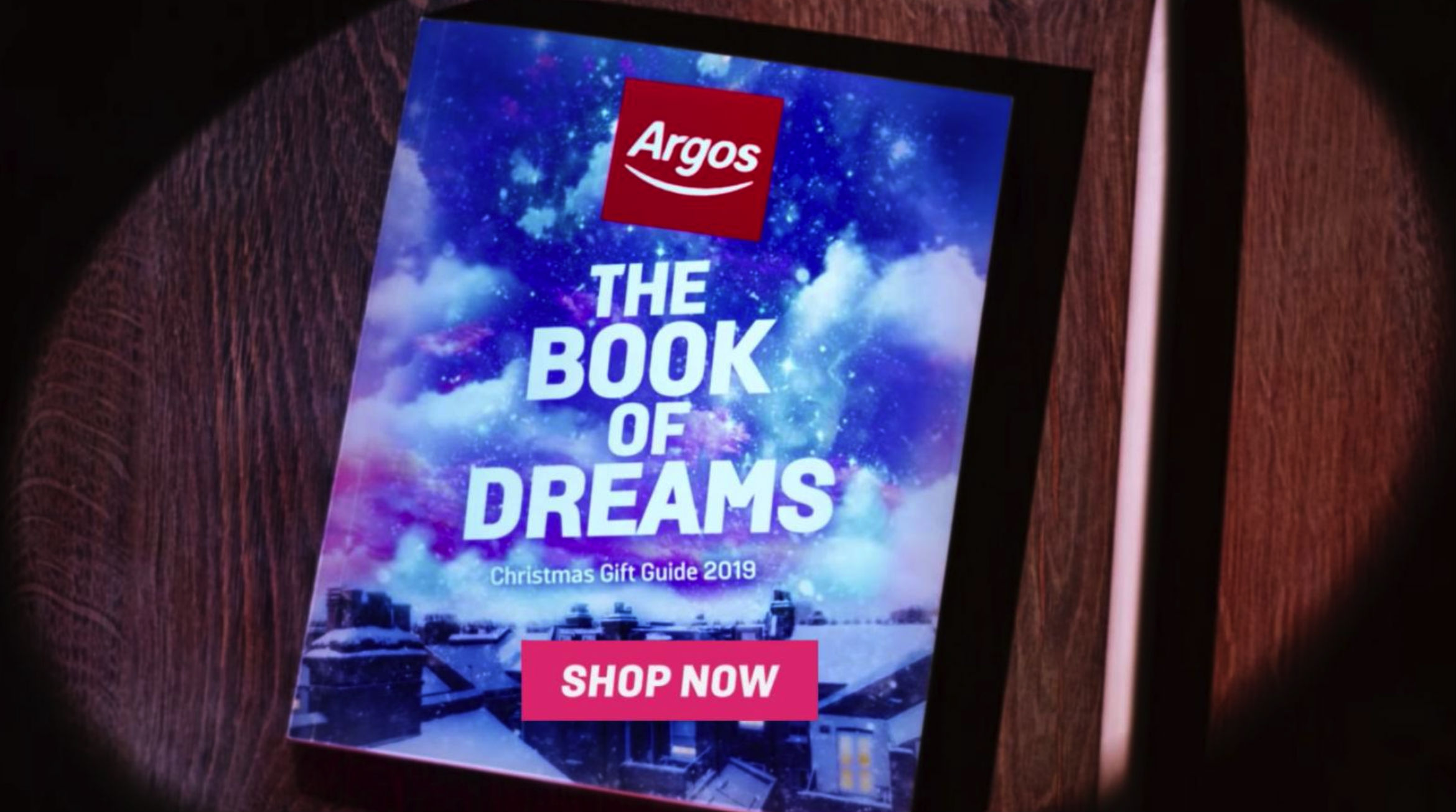 UK retail brand Argos has kicked off the traditional Christmas ads season with its ‘Book of Dreams’ campaign.

Featuring drums, a surfing bear and a classic Simple Minds track, the film was created by The&Partnership.

It launches tonight in what is expected to be the first blockbuster Christmas commercial from a major British retailer this year.

Return of the Argos catalogue

While the catalogue has been a firm fixture with British families for the last 46 years, it’s been absent from Argos’s most significant annual TV ad for the past decade.

This year, however, the Christmas edition of the catalogue plays a starring role in the festive campaign; which celebrates the iconic and long-standing tradition of circling your most-wanted gifts in the Argos catalogue.

Spotlighting Argos’s Christmas catalogue – renamed as ‘The Book of Dreams’ for 2019 – the advert delivers on this promise by making a father and daughter’s dreams come true.

The heart-warming story begins in a kitchen, where a father sees that his daughter has circled a drum kit in the catalogue.

He taps the page with his finger and the kitchen table splits open to reveal the drum kit right there in front of him.

Suddenly, the kitchen transforms into his own private gig, with bulbs beaming in the oven and stage smoke pouring from the fridge. Simple Minds’ 80s classic Don’t You Forget About Me plays on the TV and he drums along.

Gig of a lifetime

The father is joined by his daughter, who is woken by the racket. Suddenly the kitchen is transformed into the gig of a lifetime, with adoring fans chanting along.

In a scene-stealing moment, Cubby the Curious Bear – expected to be one of the most popular toys this year – leaps off the stage and crowd surfs.