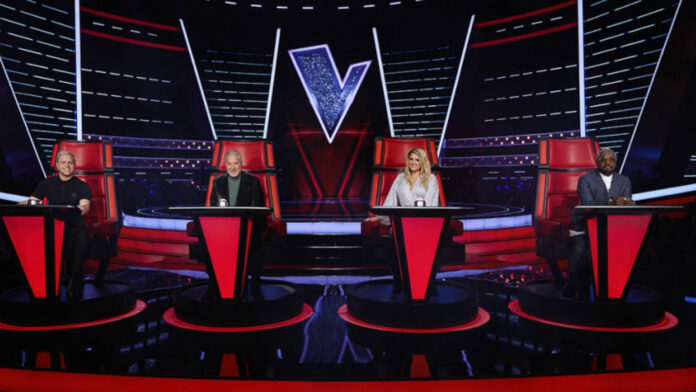 ITV today announced pop-star Anne-Marie as a new coach on The Voice UK for Series 10, which will air on the channel in 2021.

The award-winning global star will take her seat in the most iconic chairs on television. She replaces Meghan Trainor on the talent show.

Anne-Marie has The Voice

She has become one of Britain’s most-loved and successful stars since the release of her 2018 debut album, Speak Your Mind, which saw her become the biggest-selling debut artist of that year.

Following a slew of track drops this year – most recently, her Rudimental and Tion Wayne collaboration ‘Come Over’ – the 9-times BRIT Award nominee is currently working on her second studio album.

“I am SO excited to join Sir Tom, will.i.am and Olly as the new coach on The Voice UK”, the star said. “I can’t wait to work with incredible undiscovered talent! Wahoooooo!”

Anne-Marie will join Sir Tom Jones, will.i.am and Olly Murs in the search to find the next singing sensation, with the lucky winner securing a recording contract with Universal’s label UMOD. Emma Willis returns to host the show.

Sir Tom Jones said: “I am really looking forward to working with Anne-Marie for the upcoming series of The Voice UK.

“Anne-Marie will bring an injection of fresh energy and ideas which is fantastic. I’m excited and anticipating a fun and challenging new Series 10!”

Katie Rawcliffe, Head of Entertainment Commissioning, ITV said: “We’re delighted to be welcoming one of the UK’s most popular new music stars, Anne-Marie, into the ITV family and to The Voice UK.

“Anne-Marie’s personality shines through on screen and I think she’ll be a great addition as a Coach on this family favourite show.”

Series 10 will return to ITV next year with 12 episodes featuring The Blind auditions, The Battles, Semi Finals and Final.

Series 10 of The Voice UK will see a new format introduced to the show – ‘The Block’.

During the Blind auditions, the four Coaches will each have the opportunity to stop a fellow Coach from adding a singer to his or her team.

Each Coach will get only one chance to use their ‘Block’ in the hope of trying to secure the best team possible – and weaken the chances of the other Coaches – let the battle commence!

The Voice UK is an ITV Studios production of a Talpa format.