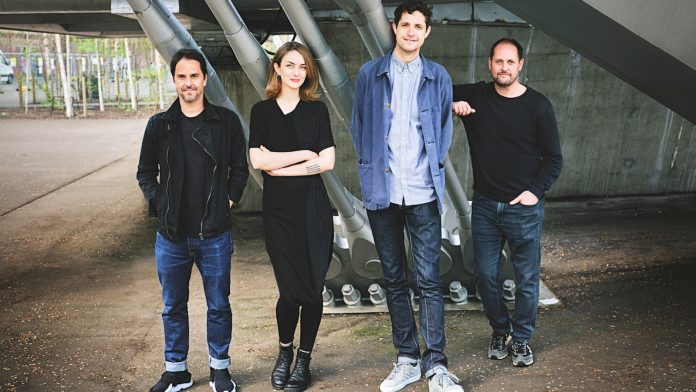 In the interest of maintaining its creative legacy in 2022, AMV BBDO has appointed four new creative partners.

The team is complete with the arrival of Andre Sallowicz, who joins AMV from adam&eveDDB, where he has been Creative Director.

Michael Jones and Tom Hazledine both have over 20 years of experience providing creative leadership and pitch winning campaigns for many the world’s biggest brands in both hemispheres and have been recognised along the way at every major international award show including Cannes Lions and D&AD.

They’ve worked on a vast range of clients from London Fashion Week to The Economist to GUINNESS to Viagra.

Most recently they’ve led the creative output for Bombay Sapphire, Meta Portal and Macmillan Cancer Support, including the recently launched “Whatever you need”, designed to drive access to the charity’s support services and shine a light on the often-unseen areas of the organisation and the people who are on hand to support people living with cancer every day.

Working on Adidas, Heineken and Mars Petcare for nearly five years, Andre Sallowicz will partner with newly-promoted Polina Zabrodskaya, who joined the agency as Creative Director in 2018.

Since then, Zabrodskaya has been creating award-winning work across multiple brands, including Maltesers, Plenty, Bombay Sapphire and Valuable 500.

Prior to adam&eveDDB, Sallowicz worked at Colenso BBDO (New Zealand) and AlmapBBDO (Brazil). In 2016, he was named the number one Art Director in the world by the Cannes International Festival of Creativity and The World Creative Rankings.

In the last few years, he created the much-lauded “Don’t spread the hate” campaign for Marmite and highly effective work for DB Export “Brewtroleum” and The Pedigree “Child Replacement Programme”.

On the creative department announcements, AMV BBDO’s Chief Creative Officers, Nicholas Hulley and Nadja Lossgott, said: “To be able to nurture and promote our own incredible talent with Polina, MJ and Tom and to grow our department with world class talent like Andre makes us very happy.

“All four are brilliant and kind. And we can’t wait to see them lead the next wave of creative and effective work”.