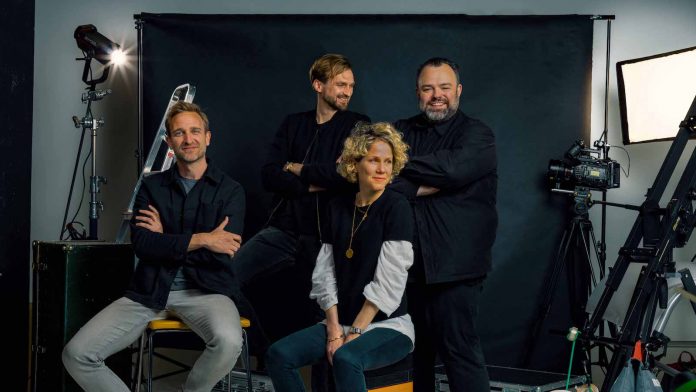 Adam&eveDDB has picked up the prestigious Deutsche Telekom account and is opening up and Berlin office, called adam&eveBERLIN, to lead the business out of the client’s largest market.

The new bureau will be led by newly appointed Chief Creative Officer, Jens Pfau, who joins from Jung Von Matt/Alster and will report into Richard Brim, Global CCO of adam&eveDDB.

Joining him on the leadership team is Philipp Schwartz, who has been appointed as Chief Strategic Officer.

The member of the Art Directors Club has won more than 200 international awards, including a Grand Prix at Cannes and Golds at the OneShow, LIAA, Eurobest, New York Festival and The CLIO Awards.
“I’m crazy excited about co-founding one of the most creative international agency brands in Germany.

“Rick and I have known and respected each other for many years and we have the same vision of highly creative and effective international advertising and how we want to deliver that at the same altitude in Germany.”

Schwartz joins with a wealth of in-market experience, having previously held the role of Head of Strategic Planning at BBDO Group Germany and GGH MullenLowe.

Most recently he has consulted on strategy for some of the world’s largest brands including Google and Bosch.

“We are stupidly lucky that they are joining us, and we can’t wait to get cracking building something exciting.”

Tammy Einav, CEO of adam&eveDDB, said: “We are fortunate to work with some brilliant clients in Germany and are grateful for the confidence and trust Deutsche Telekom have placed in us.

“We know from our experience in New York how deeply rewarding it is to work closely with local businesses and talent and we are very much looking forward to working with Jens and Philipp on this incredibly exciting new chapter for adam&eveDDB.”

“Bringing adam&eveDDB’s unique offering to Berlin and to the mix of existing DDB and Omnicom agencies that support Deutsche Telekom in Germany and other key European markets will catalyze the fulfilment of this joint ambition.”

Adam&eveBERLIN is the third international office for adam&eveDDB. It opened its New York office in 2016 and the 65 people agency now look after a number of US based clients, including Peloton, Jim Beam and JetBlue which it won in 2020.