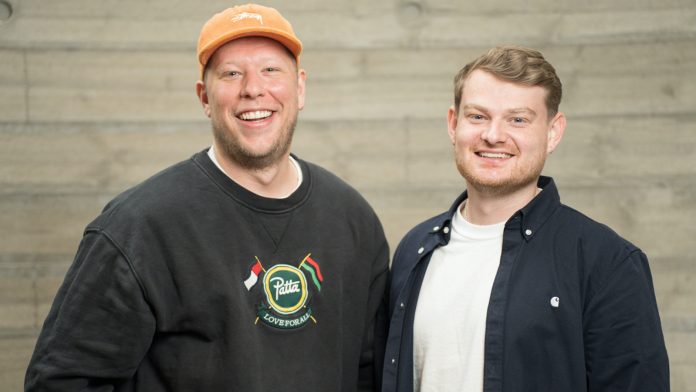 Above+Beyond said it has boosted its creative firepower by taking on top new talent, such as Ash Prentice and Tim van der Mee as Senior Creatives reporting directly to the agency’s Executive Creative Director, Dom Goldman.

The team have worked at some of London’s top agencies. Van der Mee (left, main pic) spent time at Mother, where he worked on KFC’s famous FCK campaign, Saatchi & Saatchi and BBC Creative; and Prentice (right, main pic) at FCB and M&C Saatchi.

The duo met at AMV BBDO, where their work includes the “Whatever it takes” campaign for Macmillan Cancer, The Economist, Currys PC World, and a global campaign for Pepsi.

Prentice joined AMV from WPP’s Global Team Blue when the Ford account moved agencies, while van der Mee was hired by AMV with his former partner in 2018.

They have been freelancing together since they left AMV last year and between them have won three Cannes Lions (Gold and Silver) as well as D&AD and Young Guns awards.

Dom Goldman, Executive Creative Director at Above+Beyond, said: “Tim and Ash are a proven, modern, highly awarded and yet super humble team – I’ve already seen the impact they will bring.”

Prentice said: “We were sold from the moment we met Dom and the team.

“They’re building something creatively special here and there is no question that craft is at the heart of that. We can’t wait to get stuck in.”