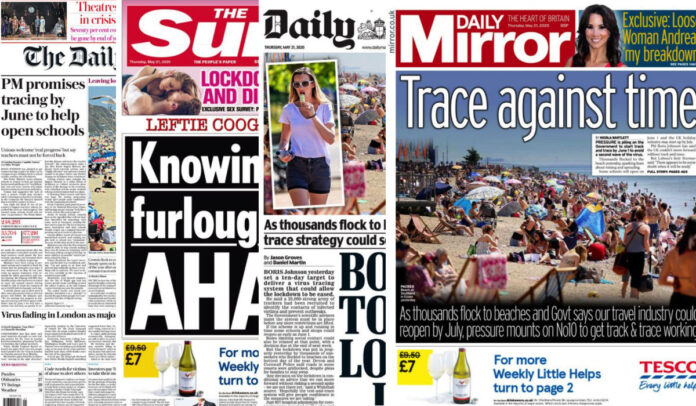 The UK’s Audit Bureau of Circulation has announced new reporting rules, which effectively the end of compulsory monthly reporting of newspapers’ sales figures.

It essentially means that circulation figures for newspapers can now be kept private; although corporate advertisers and ad agencies will be able to access the data.

The changes have been made to create a balance in how the national newspapers tell their story of growth to the market, the body said.

At the same time they ensure agencies and advertisers have access to trusted ABC data; supporting buyers’ ongoing and significant investment in national newsbrand print advertising.

The changes mean that national newspaper publishers can now opt for public or private reporting; optional metrics can be reported in addition to mandatory metrics; and there will no longer be a monthly Newsbrands report.

“These reporting updates will reduce the tendency for circulation to be seen as the only measure of Newsbrands’ health in our multi-platform age, whilst ensuring that the comparability and trustworthiness of ABC data remains available to buyers.”

Belinda Beeftink, Research Director at the IPA, said: “Our members spend millions on Newsbrand print advertising each year, and it’s important their buying decisions are underpinned by industry standard data.

“Only through this kind of measurement can agencies and their clients feel certain they’re getting what they pay for.”

“However, all agree that the higher principle of independently audited figures to an agreed standard is critical and must be maintained.

“I believe ABC have protected this principal and found an agreed middle path.”

Following the announcement, The Sun and The Times owner, News UK, said it was shifting its audit reporting to PAMCo.

PAMCo is the Publishers Audience Measurement Company, the governing body which oversees audience measurement for the published media industry.

“While print remains a vitally important method of distributing our editorial to readers and meeting our advertisers’ needs, it is logical that the way we measure our audiences reflects the way the world works today.

“We put our customers at the heart of everything we do and we’re continually developing new and exciting products across all platforms: from new apps and websites to the upcoming launch of Times Radio.

“A renewed focus on total audience across our many distribution platforms enables the news sector, media agencies and advertising partners to understand the true value of our newsbrands and the power of advertising within a trusted context as they continue to see significant audience growth.”

The Sun, The Times and The Sunday Times are all delivering growth across digital platforms, the publisher said; as consumers increasingly engage with its brands on their mobile and desktop devices.

More detail on the ABC changes:

Public reporting – Where ‘public’ is chosen, arrangements remain as they currently are. This means ABC will publish a title’s certificate on its website and include it in the Data Hub and data feeds (e.g. Mediatel) as usual.

2. Optional metrics can be reported in addition to mandatory metrics

Publishers can now report optional metrics in addition to the mandatory metrics required by ABC reporting.

This approach maintains the comparability that ABC data provides; whilst allowing publishers to create the sales narrative that fits their strategy.

3. There will no longer be a monthly Newsbrands report

There will now be a rolling release of data throughout the month as publishers submit their figures to ABC.

This addresses publisher concerns that monthly ABC circulation reports provide a stimulus to write a negative narrative of circulation decline; whilst continuing to ensure the data is available for agencies and advertisers who use it to buy print advertising.