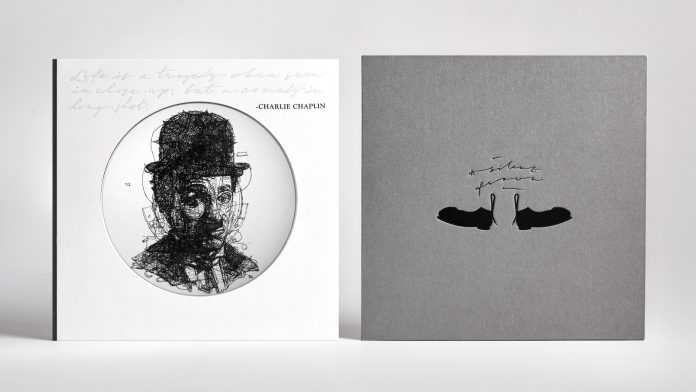 The book will be officially launched at the Chaplin’s World Museum in Switzerland on 16 April 2022, the 133rd birth anniversary of the legendary entertainer.

Eugene Chaplin, recording engineer, filmmaker, and son of Charlie Chaplin, will present the book to the audience and formally launch a signed copy.

Titled ‘A Silent Frown’, the book has been developed as a piece of art. Each page depicts Chaplin’s life in illustrations on a transparent section.

When stacked by closing the book, the illustrations come together to form the visage of the great entertainer.

Talking about the book, Annick Barbezat-Perrin, Member of the Board and Head Office Director, Charlie Chaplin Museum Foundation said: “It is Chaplin’s touching life story presented in few words, with creativity and emotion, a beautiful echo of the art of the comic master of silent cinema.”

Eugene Chaplin, son of Charlie Chaplin and Oona O’Neill said: “This book is a perfect mix of beauty, fun and surprise. A real work of art paying a superb tribute to the life of my father.”

Rahul Mathew, Chief Creative Officer, DDB Mudra Group said: “Charlie Chaplin’s life serves as inspiration when we need it the most. The last two years have been marred by illness, war, and failing economies; it has created an atmosphere of melancholy.

“He too faced similar challenges but smiled through it all. More importantly, he took the world along for the ride.

“The book we have created does not just depict his life; it captures the hope he shared with millions through his work.”

The book will be available to the public at the museum. All proceeds from the sale of ‘A Silent Frown’ at the museum will go towards the charitable and humanitarian initiatives led by the Charlie Chaplin Museum Foundation.

These include implementing and developing cultural activities around Chaplin’s art at Chaplin’s World, such as workshops and films screenings to increase ease of access for the young public to whom access to culture can be challenging.

Copies of the book signed by members of the Chaplin family will also be available for auction online later this year.