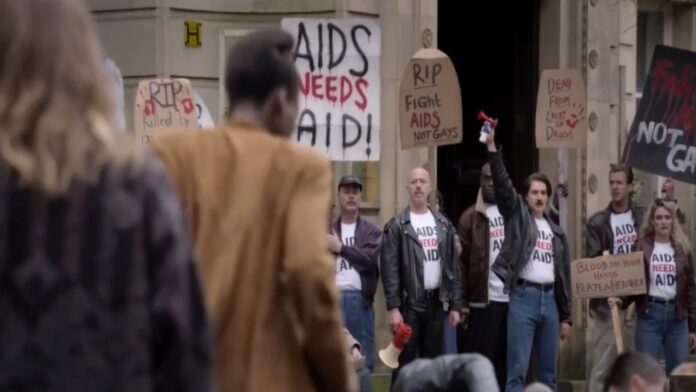 It’s A Sin: After Hours is the first production from 4Studio’s development team and will follow linear broadcasts of the five-part drama.

Guests and cast members will explore issues raised by the drama through a modern lens and also share their own real-life experiences from the time. They’ll also discuss the drama’s characters and storylines as well as the fashion and music of the era.

4Studio’s Digital Content Director Janine Smith said: “We’re really delighted that the first production originated from the new 4Studio development team is a companion to such a landmark Channel 4 drama.

“There’s so much to talk about in the show – it definitely leaves you wanting more.

“Alongside the gossip and chat fans will be craving, It’s A Sin: After Hours also gets to add much more depth and context around HIV and AIDS, the stigmas faced by the LGBTQ+ community at the time and the good news stories and huge progress made in treating the disease now.”

Matt Campion, Spirit’s founder and Creative Director, said: “I’m thrilled to have made It’s A Sin: After Hours. It’s is an incredible series with issues that need discussing, which aligns so well with the work we do at Spirit to drive change for the better.

“I’m also very excited to see it launch across Channel 4’s social platforms, where the conversation can be continued with the fans of the show.”

Smith added: “Our production partners Spirit are very digitally-minded and immediately understood the task and did a brilliant job of bringing the idea to life and have produced a great show.

“We’ve been developing our digital production capability in Leeds and we’re now looking to the next stage of our growth and developing original formats in line with Channel 4’s digital growth strategy which will attract new audiences and drive revenue.”

It’s A Sin: After Hours will be available every Friday evening at 10pm on Channel 4’s YouTube, Facebook and IGTV immediately after the broadcast of It’s A Sin, made by Red Production Company, on Channel 4.

The programmes will go out on Snapchat on Tuesdays following Friday night broadcasts of the drama.