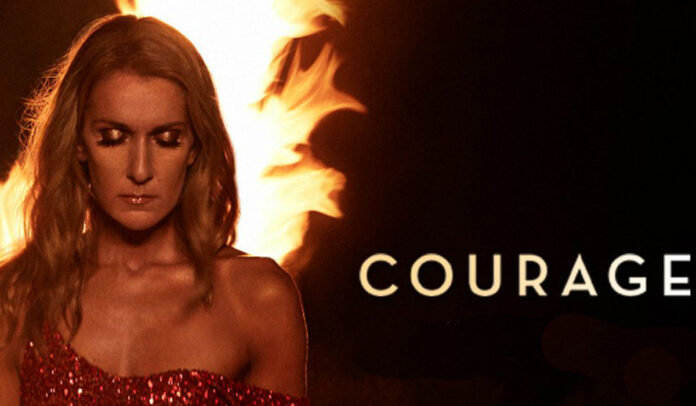 Celine Dion is one of our favourite superstar singers. She’s currently wowing cities across the US on her Courage tour.

The Canadian music legend will be heading around the globe, hitting Europe later this year with one of the biggest shows yet.

So we asked self-confessed Celine superfan, Jerome Paronneau, from Poitiers in France, to tell us 10 facts that we may not know about the Canadian diva.

All can we say is wow! What a star she is…

Celine – her mic will go on

The Canadian superstar is rarely seen with a wireless microphone when she performs. Uncompromising Celine prefers the superior reliability and quality of wired mics for giving her fans the best sound possible.

Celine wasn’t having the best day when she was due to record her legendary version of All By Myself. When the superstar whinged that she probably wouldn’t be able to hit the high note, producer David Foster threatened to give the task to Whitney Houston, who was recording nearby. Well, that was enough to make sulky Celine even more furious. She delivered a stunning, perfect high note, finished the recording and stormed off home. The rest is history.

In Dion’s first appearance in France following the passing of beloved husband Rene, she took to the stage and performed for two hours without a single costume change. The simple black and white ensemble was her way of saying thank you to her fans for their support during her painful loss. She received the longest standing ovation of her career.

That’s the way it is

Despite being a global superstar worth hundreds of millions, Celine rarely leaves a hotel room without making her bed. It’s a beautiful recognition of her humble origins, when as a child, she once had to sleep in a drawer.

Before her first show, Celine found a five-cent coin on the ground dated 1968, the year of her birth. Ever since then the number five has been her lucky number. She gave birth to twins Nelson and Eddy in 2011 after five in-vitro fertilisation attempts.

Dance with my Dad

Family values run deep in the Dion clan. On the day the star’s father passed away in 2003 from cancer, the superstar went on with the show. She got through the night often crying while singing. The superstar did the exact same thing weeks ago in January 2020 when her much loved mother passed away surrounded by her loving children.

Look at us now

Loyalty is a huge part of the Celine philosophy. Many of the musicians around her have been part of the star’s ensemble for decades. Vocalist Elise Duguay has been with Celine since 1988 and is still touring with her. We love that.

Celine, apparently, would love to act – she played a few roles very early in her career – but word has it that she would love to play legendary diva Maria Callas in a musical film of the opera singer’s life. Callas has been such an inspiration to Dion and we can’t see why this isn’t already a project in the works. Can someone please get this one going?

As evidenced in one of her current hits, even Celine readily admits to having her “own imperfections”. And it seems that even die-hard will let you know when they think you’ve got it wrong. When the star went platinum blonde in 2003 it didn’t go down well with the fans at all. So much so, that the first cut of the DVD of her first ever Las vegas residence shows had to be reshot because the new hair colour was so unpopular among even her most adoring fans.

Celine is known for her shoe obsession. She apparently has around 10,000 pairs! So everyone was surprised that, on the very first night of her Vegas residence, she lost a shoe and had to dash onstage in her bare feet. Instead, she asked the audience if anyone was her shoe size and borrowed a pair, making everyone in the Colosseum smile. We’re sure she gave them back, eventually!

So, now you’re a bit wiser on all things Celine Dion. Thanks to Jerome for these fab facts. It all proves that she really is a true music icon and inspiration to so many people.

We’ve already booked our tickets for Celine’s London gigs in September 2020. If you’d like to go see this legendary star – and let’s face it, who wouldn’t? – you can check availability and book here.